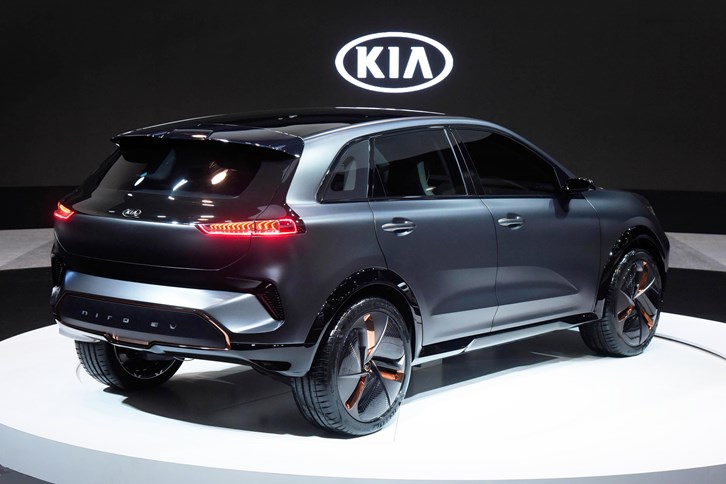 The electric version of the Kia Niro continues its development, this time in cold weather conditions.

Kia has already previewed the Niro EV with a stylish concept at CES. The final production model is expected to get revised front and rear ends, which explains why the company has covered the pictured prototype with so many layers of camouflage.

With the regular hybrid Niro proving to be a major success for Kia, it’s only natural to expect the same from its purely electric version. Especially if Kia manages to offer the same driving range with the concept.

Kia claimed that the Niro EV Concept was capable of driving for around 238 miles (383km) between charges, thanks to its big 64kWh lithium-polymer battery pack. Power was provided by a 201hp electric motor.

The same range has been reported for the other upcoming electric SUV of the Hyundai Group, the Kona EV, which backs the theory of the two cars sharing the same powertrain.

Both cars are part of Hyundai-Kia’s plan to launch no less than 16 electrified models by 2025, including five new hybrids and plug-in hybrids, five new all-electric vehicles and a mass-market fuel-cell vehicle.

If the specs of the new Kia Niro EV prove to be true and are matched by their usually competitive pricing policy, then we don’t see a reason why their new electric crossover won’t be a huge hit once it hits the market.