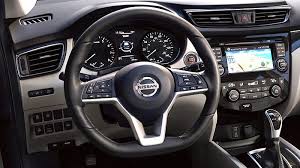 Nissan is in talks with Thailand’s government about producing electric cars and automotive batteries in the Southeast Asian kingdom, according to a senior executive at the Japanese carmaker.

Yutaka Sanada, Nissan’s regional chief, said on Tuesday that Thailand was “keen to support investment” in electric vehicles and batteries, and that the carmaker and its competitors were seriously considering investing in the new technology there, primarily for export to other countries in the region.

“We are considering . . . shifting our portfolio to a more electrified line-up in the coming three to five years,” Mr Sanada told the Financial Times on the sidelines of a conference on EVs organised by Nissan. “If so, considering the lead time, we need to consider now some local battery assembly in Thailand.”

The carmaker, with its alliance partner Mitsubishi Motors, is one of the biggest in Thailand, which has Southeast Asia’s largest automotive industry, producing just under 2m light vehicles last year. Nissan also manufactures in Indonesia and has an assembly plant in Malaysia.

If the Thai investment were to go ahead, it would be an achievement for the country’s military government. Thailand built up a large export-focused car industry in the 1990s and is trying to get multinationals to invest in newer technologies such as EVs. It also wants carmakers to source batteries locally rather than importing them from Japan or elsewhere.

“They want auto manufacturers to invest in the country, and they want parts suppliers to prepare for the future,” said Titikorn Lertsirirungsun, Asean regional manager at LMC Automotive, a research company, in Bangkok. “This is good news,” he said of Nissan’s tentative EV-building plans.

Nissan has invested heavily in EV technology, and on Tuesday announced it was launching its all-electric Leaf car in five Southeast Asian countries, Australia and New Zealand.

However, the region has trailed behind Japan, China and the US in developing charging infrastructure for EVs and introducing tax incentives for consumers and manufacturers that the industry says are needed to launch the new cars.

Mr Sanada said that because it was unclear how much demand there would be for full EVs such as the Leaf, it would consider a “bridging solution” by producing a version of its Note compact car that uses its e-Power system in which electric power complements a conventional combustion engine.

Nissan said that to produce batteries locally it would need government support for the development of a complete supply chain and tax incentives for consumers who buy EVs.

Toyota, Nissan’s rival and Thailand’s top-producing carmaker, in December launched a pilot service in Bangkok allowing users to rent electric cars by the minute, which it is considering introducing in other countries.