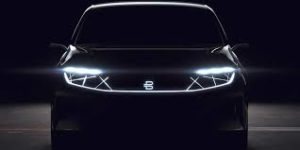 Byton, the new China-based company that unveiled a tech-centric all-electric SUV concept at the big tech trade show CES in January, is now tapping some outside experts to bring self-driving car technology into their future vehicles.

Byton announced Monday that it has partnered with self-driving vehicle technology startup Aurora. The buzzy startup, led some of the best minds in self-driving cars, will work on bringing Level 4 autonomous vehicle capabilities into Byton vehicles. The two companies will conduct a pilot deployment of Aurora’s L4 autonomous driving systems on Byton vehicles in the “next two years.” The pilot will be in California, Aurora CEO Chris Urmson said. Urmson previously led the Google self-driving project before it spun out to become Waymo, a business under parent Alphabet.

Level 4 is a designation by SAE International that means the car takes over all of the driving in certain conditions. In Level 5 autonomy, a vehicle is driverless in any and all circumstances and environments.

The two companies will also “explore” using Aurora’s self-driving system in Byton’s series production vehicles, which aren’t expected to be in mass production until the end of 2019 (at the earliest).

The announcement is the third partnership for Aurora, which launched a little more than a year ago. Aurora works with automakers to design and develop a package of sensors, software, and data services—the “full stack,” in industry lingo—needed to deploy fully autonomous vehicles. The company has been working with Volkswagen for months on integrating its self-driving system into custom-designed electric shuttles for VW’s new Moia brand. Volkswagen aims to launch commercial fleets of self-driving electric vehicles in two to five cities beginning in 2021, beginning with Hamburg and Silicon Valley.

Aurora is also working with Hyundai.

The partnership shows Aurora’s progression from secretive startup to player in the race to commercialize self-driving vehicles. And it reveals more about Byton. However, the China-based startup still has a long way—and lots of money left to raise—before its ambitions become actual products that customers can buy and drive, or be driven by, around.

The company has raised $320 million from outside investors. Additional sources of funding from lenders will be used to help build the factory in Nanjing. Byton, formerly Future Mobility Corporation, plans to raise additional capital from investors in a Series B round this year. Construction on the factory began in September 2017 and the building is expected to be completed by the third quarter of this year. Trial production will begin in early 2019.

Sales are set to begin in China in 2019, and sales in the United States and Europe to start in 2020.

Byton was founded by Carsten Breitfeld, the former head of the BMW i8 program, and Daniel Kirchert, the former managing director of Infiniti China and a longtime BMW executive. Not a lot was known about the company until recently.

In January, Breitfeld and Kirchert revealed the medium-ish SUV crossover that they call an SIV, or “smart intuitive vehicle.” The concept vehicle, which the founders say represents about 80% of what the production vehicle will look like, is loaded with technology. There’s a sweeping display that takes up the entire dashboard, another touchscreen on the steering wheel, “smart” connected features that will let future customers use hand gestures, and voice commands via Amazon’s Alexa assistant to control aspects of the car. The vehicle will even monitor the driver’s heart rate, weight, oxygen saturation, or blood pressure.

The SUV will come with Level 3 autonomous capabilities, Byton says. This designation, determined by SAE International, is what’s described as conditional automation. This means that the car can handle most aspects of driving in the right conditions with the expectation that the human driver will respond when asked to intervene.