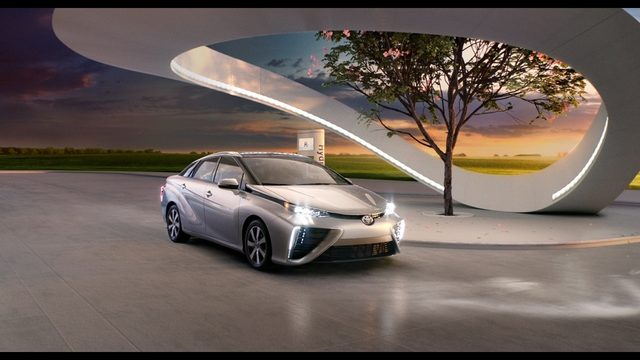 Have you had a chance to get behind the wheel of the incredible new Toyota Mirai yet? This hydrogen fuel cell vehicle is only up for grabs on the west coast as of right now; it hasn’t quite made it east to our Clermont Toyota dealership. However, we expect it to arrive in the near future and in the meantime, we have tons of other green options – namely, new Toyota hybrids. But what’s so great about the Toyota Mirai?

What’s so great about the new Toyota Mirai?

If you think you’re going green by getting into the driver’s seat of a hybrid car, get ready to take things to a whole new level. While hybrids are low emission vehicles that help cut down on smog formation, hydrogen fuel cell cars like the Toyota Mirai are ZERO emissions. They only put out water vapor, giving “clean performance” a whole new meaning. Toyota has been a renowned leader in the hydrogen fuel cell technology industry, and last year they sold 3,000 hydrogen fuel cell cars in the state of California. And they’re determined to keep that number rising year over year, providing the rest of the country with these ultra-green options.

Think you might be interested in taking the new Toyota Mirai for a spin when it arrives at Toyota of Clermont? Check out some of the details that go along with this green car:

And the best news yet? When you purchase the Toyota Mirai, you get three free years of “fuel” to keep you out on the road.

Not sure you’re ready to go THAT green just yet? Toyota of Clermont has a wide selection of hybrid cars for sale. These green vehicles use a mixture of gasoline and electricity to get up and running and are eco-friendly in so many ways. Here are a few options you can test drive today:

And you can take any and all of them for a spin right now.