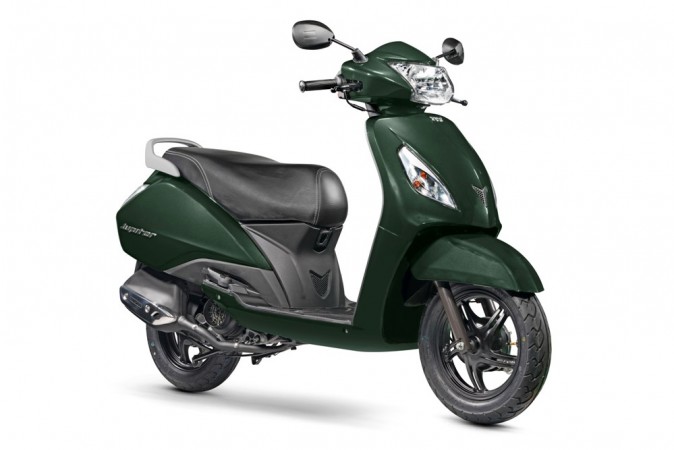 The earlier images also indicated that the new electric scooter of TVS would get features like drum brakes and monoshock suspension in the rear. The lithium-ion battery pack of the scooter is likely to be located below the seat.

While the technical specifications of TVS’ upcoming electric scooter are not known yet, it is rumoured to come with a digital instrument cluster and get features like alloys wheels.

Other details of the new scooter are not known.

TVS is also expected to launch a new scooter in India on February 5. Although it has not yet revealed which model is going to come, rumours are rife that it will be the Graphite, a feature-loaded scooter that was showcased at the Auto Expo 2014.

The Graphite is expected to draw power from a 125cc engine that will develop around 11.5hp.The spy shots of the upcoming scooter suggested it would flaunt a digital instrument cluster, an external fuel filler cap, an engine kill switch, aluminium foot pegs and grab rails. The scooter also boasts of petal disc brakes and alloy wheels.