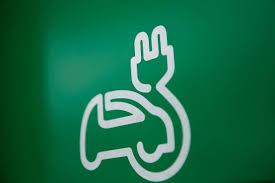 A small town in Northern Quebec could hold the keys to a future where electric vehicles are the norm.

A Toronto-based mining company called RNC Minerals Corporation wants to build a “battery metals” mine near Amos, Quebec, a town of less than 13,000 people that sits on the largest untouched deposit of nickel sulphide and cobalt in the world, according to S&P Global Market Intelligence data cited by a company report.

It’s a combination of resources that car companies would love to get their hands on as they scramble to source metals for batteries to power electric vehicles. RNC Minerals is well-positioned to capitalize on the $90 billion “investment tsunami” that Reuters predicts is coming to the electric vehicle market, but critics worry that the massive open-pit mine would create more problems than it would solve.

The revolution is coming

Electric vehicles are projected to make up 54 percent of car sales by 2040, according to a report by Bloomberg New Energy Finance. In order for those cars to run, they’re going to need cobalt and other metals like nickel sulphide.

Over 60 percent of the world’s cobalt is currently mined in the Democratic Republic of the Congo (DRC), which is plagued by political turmoil and child labour. More than $750 million in mining revenue went missing between 2013-2015, and Congolese citizens remain some of the poorest in the world, according to a report from Global Witness, a London-based anti-corruption group.

It’s a dependency that makes carmakers uncomfortable as they come under increasing pressure to source ethical battery materials. Some car companies might even consider investing in mines to secure a steady supply of metals, Mark Selby, RNC’s CEO told VICE News.

Quebec is definitely a mining paradise compared to the DRC, says Stan Sudol, editor of Republic of Mining, an industry news site. In some respects, the project couldn’t be more attractive: it has the necessary permits, it’s close to infrastructure, and it has the crucial combination of nickel sulphide and cobalt needed for electric vehicle batteries.

The mine is “shovel ready,” says Selby. Once financing is lined up, construction could start within three or four months, he says.

But RNC Minerals is still far from breaking ground. The company needs $1 billion in financing — a significant amount for a company its size — and it’s still looking for partners. Low nickel prices over the last decade have stymied investor appetite, and RNC has been sitting on the Dumont project waiting for conditions to improve. Now, Selby says he is getting “a couple of calls per week” from investors interested in backing the mine.

Cobalt is often mined as a byproduct of nickel. Both metals have seen strong price increases in the last six months—38 percent for nickel and 27 percent for cobalt. Selby sees this as a sign that investors are taking the electric vehicle promise seriously and the see the medium and long-term potential of his project.

For the mine to be economically feasible, nickel would have to be $5.50-6.00 USD per pound, says the company. At the time of publication, the price of nickel was sitting at $5.78 USD per pound.

The town of Amos is “optimistic and we are ready to receive the mine,” says Sébastien D’Astous, the town’s mayor. This is the biggest project we have ever had, and it presents a unique opportunity to develop economically. The town has the infrastructure to welcome at least 16,000 new residents if the opportunity presents itself, says D’Astous.

The Abitibiwinni First Nation signed an agreement with the mining company in May that will ensure jobs, training and other benefits for the community. “We are for economic development and we are essential partners when it comes to the exploitation of natural resources on the Abitibiwinnik territory,” said Alain Hervieux, Natural Resources and Territory Councilor, in a statement at the time of signing.

Shooting ourselves in the foot?

Even if RNC Minerals manages to secure funding for the Dumont project, the environmental footprint should raise a red flag for governments, says Ugo Lapointe, Canada Program Coordinator at MiningWatch Canada, an Ottawa-based advocacy group.

People need to be reminded that we cannot base green technologies on dirty mines, says Lapointe. “Yes, we need more metals for the growing ‘green’ industries, but not by creating new environmental problems that are bigger than the first one,” he says.

In order to extract the necessary amount of metal, the open-pit mine would need to be 5 kilometers by 1.4 kilometers, rivalling some of the largest mines in the world. It would also require more water and energy per pound of processed metal compared to higher grade deposits.

“This project is like the tar sands of the nickel industry,” says Lapointe. “It is really hard for people to comprehend what this will look like until it happens.”

Selby says the tar sands comparison is unfair because many mines today extract low-grade metals, some with concentrations much lower than the proposed Dumont project. The only places where high-grade deposits still exist are extremely isolated or very politically challenging, he says.

“We need to start thinking of a strategy to make sure that the metals we’re using for green technologies come from clean mining, otherwise we’re just shooting ourselves in the foot,” says Lapointe.

He urges governments to increase fees and environmental standards for mines with larger footprints, while supporting projects that have less impact on the environment, such as recycling and producing metals from existing waste in urban landfills.

But Sudol doubts recycling would satisfy the demand for batteries. The global population is growing and people want cell phones, cars, urban transportation and a higher standard of living—all of this is metal intensive, says Sudol. If we can’t dig for these metals in a place like Quebec, which has strong restoration policies and labour laws, “then where on Earth are we going to get these metals?” he asks.

In other words, as long as car companies and cell phone companies are clamoring for battery metals, Sudol sees only two options: child miners in the DRC or rule of law in Quebec.