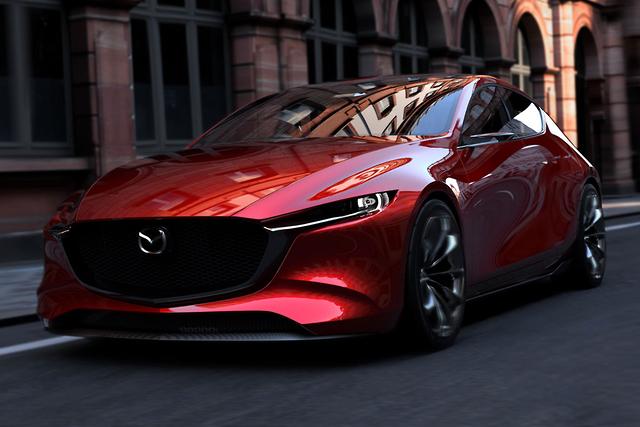 It might sound like science-fiction, but Mazda reckons its new third-generation SKYACTIV-3 combustion engines will emit less CO2 than comparable electric vehicles.

Many would argue that it’s disingenuous to say a petrol engine that burns fossil fuels can be as efficient as an EV but Mazda’s powertrain chief, Mitsuo Hitomi, is convinced technology will keep the combustion engine viable.

According to trade journal Automotive News Hitomi wouldn’t put a timeline on when the third-generation SKYACTIV-3 will reach new car showrooms. The second-generation SKYACTIV-X hasn’t even arrived yet, due in Australia in early 2019 paired with the next Mazda3, previewed via the KAI concept (pictured).

But the Mazda powertrain boss said that viewed holistically, combustion engines can be improved to such a level as to rival the emissions of EVs.

The key term is ‘well-to-wheel’ emissions, which include the CO2 emissions and other pollutants involved in the entire process of energy generation, not just vehicle operation. In a petrol sense, that means the energy required to refine and transport the fuel.

For electricity, it is essentially the means required to generate it, whether from coal, natural gas or renewable sources.

By Mazda’s measure, the CO2 emissions required to produce the electricity for an EV, via liquefied natural gas, are greater than for a very efficient petrol-powered car.

The thermal efficiency of its SKYACTIV-3 is tipped to improve to 56 per cent, up from the current 27 per cent, which would further cut CO2 emissions.

In 2011 Mazda deployed its SKYACTIV technologies, a range of features designed to reduce CO2 emissions, while improving fuel economy and engine response. SKYACTIV-X is the next step in Mazda’s grand plan to keep the combustion engine alive beyond 2050, and will deliver an innovative ‘spark controlled compression ignition’ (SPCCI) petrol engine. It’s claimed to reduce fuel consumption while improving refinement and power output.

Check out our first review of the new SPCCI system in a current Mazda3.

Mazda is serious about maintaining its combustion engines into the long-term future, which is at odds with many mainstream car manufacturers that are investing heavily in battery-electric vehicle technology.

However the Japanese company is clearly hedging its bets, after Mazda and Toyota formed a joint-venture to develop a brand-new range of EVs.