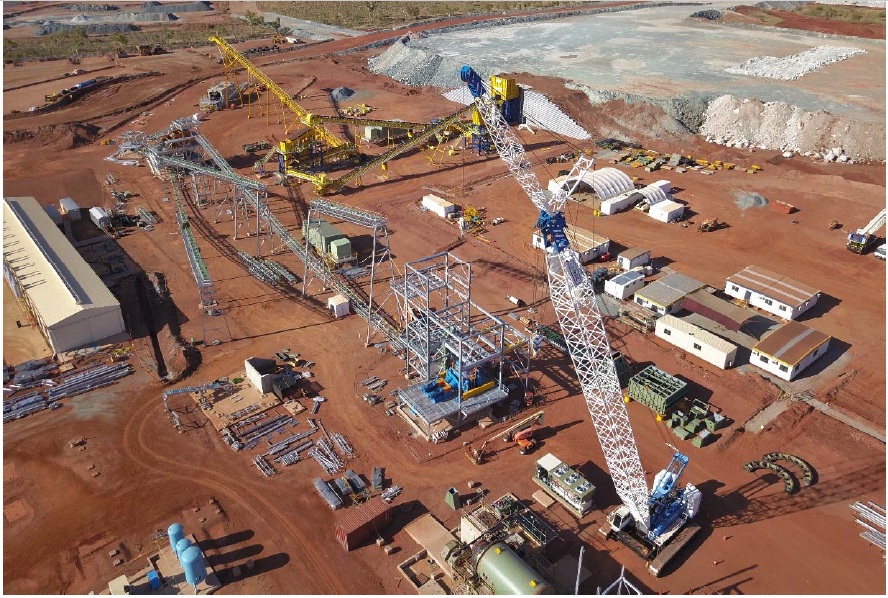 ZIMBABWE is expected to be one of the major global players in the production of processed lithium, a main component in the manufacturing of electric car batteries with Australian (ASX) listed Zimbabwean mining concern, Prospect Resources having set sights at extracting and processing the mineral this year.

“Stage one is to produce Petalite and Spodumene concentrates through a standard crushing, DMS (Dense Media Separation) and flotation circuit. This is now fully funded as per the conditional agreement. Ground breaking for stage one is expected in the first quarter of 2018 with a 14-month lead time for mine development and plant construction before production commences,” Mr Greaves.

Stage two of the project entails the production of battery grade lithium carbonate.

“This is a significantly bigger investment and a technological leap. Nothing of this scale has yet been done in Africa. Prospect Resources have already produced 99,8 percent lithium carbonate under laboratory conditions, a phenomenal achievement – possibly the first time battery grade lithium carbonate has been produced in Africa. On the back of this success we are busy constructing a pilot scale lithium Carbonate Pilot plant which will allow us to demonstrate the practicality of producing Lithium carbonate from Petalite rich ores,” said Mr Greaves.

To date Prospect Resources have proven that Arcadia has Africa’s largest JORC compliant hard rock lithium deposit and sixth largest in the world.

Prospect Resources was borne out of the vision of its chairman Mr Hugh Warner and Mr Greaves as part of their efforts to marry Zimbabwean skills and projects with the International capital markets through the Australian Stock Exchange.

“Zimbabwe has prospective ground for many minerals and we have a wealth of mining skills both locally and very excitingly in the Diaspora. With the changing political environment it is quite possible that many of these skilled personnel will want to come home with their skills,” said Mr Greaves.

In May 2016 Prospect Resources entered into an agreement with Mr Paul Chimbodza who owned certain prospective lithium claims in the Arcturus area. These claims are now held under, Examix Investments P/L (t/a Zimbabwe Lithium Mining) a Zimbabwe Investment Centre approved mining company that holds both National Project Status and is part of the Government 100 days Rapid Results Initiative.

“In addition Prospect is fully compliant with the Mines and Minerals Act, the Environmental Impact Assessments permits are in place and valid, the community are on board, the Reserve Bank of Zimbabwe are on board. The project has also applied for a SEZ (Special Economic Zone) status which is currently under processing by the Special Economic Zones Authority,” said Mr Greaves.

A number of producers of processed lithium — an essential element for batteries used in electric cars — are agreeing long-term contracts with their customers to fund the investments needed to address a looming shortfall.

Demand for battery-grade lithium compounds is expected to skyrocket in the next decades in tandem with soaring demand for electric cars as governments and individual consumers try to reduce their carbon footprint.

Although there’s plenty of lithium around, the problem is ensuring there is enough capacity to process it.

Battery makers and other end-users such as car manufacturers will need to sign multi-year deals that encourage large producers to invest more, and faster, industry sources say.

“We have negotiated and signed a conditional placement and seven-year off-take agreement with Chinese EPC contractor Sinomines which is subject to final Chinese State sign off and completion of a Definitive Feasibility Study will see the Sinomes fund the entire mine development. While today, Prospect Resources looks like an overnight success, it has actually been a product of more than four years . . . with a boom in electric vehicles and a new Government in Zimbabwe, it would seem that the time is right for the wider investment community to invest in Prospect and Zimbabwe. Prospect is probably the only ASX listed company which has all its assets based in Zimbabwe,” said Mr Greaves.

He said Prospect Resources is engaged with the Ministry of Mines and Mining Development and various arms of Government all of whom are working closely through the Rapid Results Initiative to fast track the various stages of this project.

“It is important to recognise and applaud the efforts and results being delivered by these various arms of the state. It is critical to recognise that there exists a narrow window of opportunity to develop an entirely new business in Zimbabwe. Prospect Resources understands this as do the various arms of Government, hence the urgency to align all players.

“As Prospect Resources we are extremely excited about the project, the employment we will generate, the development we are bringing to the country and the prospect of further investments into battery related minerals. Zimbabwe can be the centre of Southern Africa’s battery revolution,” said Mr Greaves.