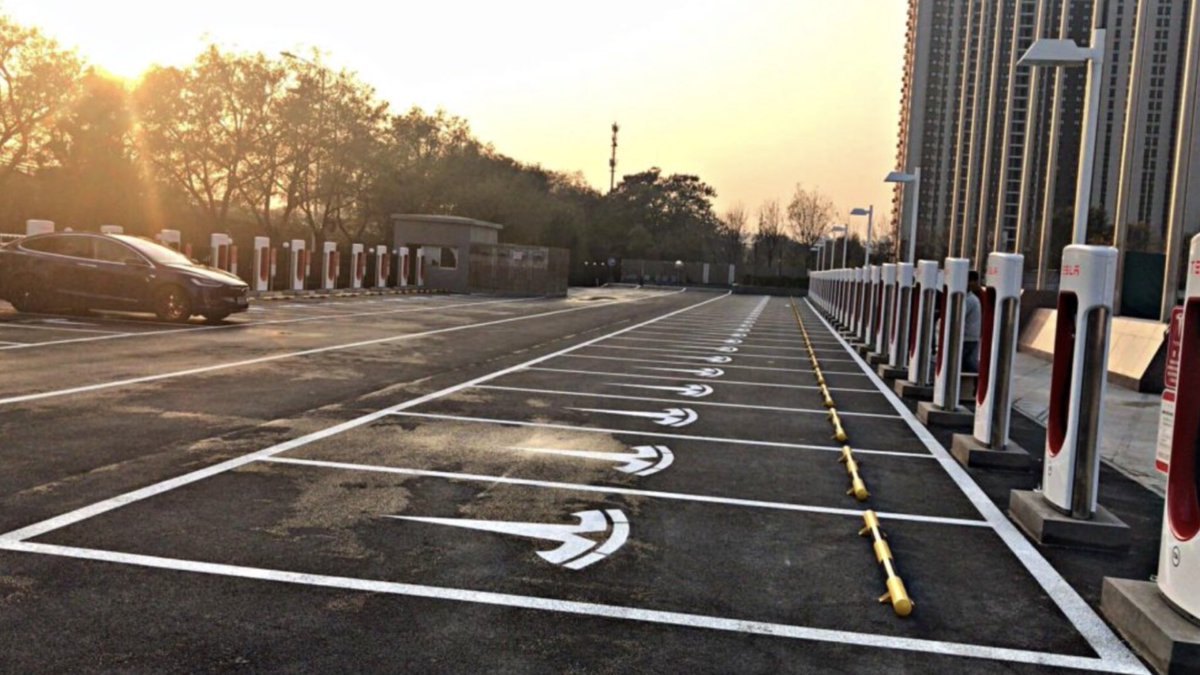 If you want to assess the state of electric vehicles in the world, just look at where Tesla is building its biggest Supercharger stations.

Tesla debuted in China, the world’s most vibrant electric vehicle market, in 2014. Despite competing against cut-rate homegrown models and premium options (as well as a 25% import tax on Tesla’s products), the carmaker has made fast in-roads in the country.

It tripled its sales in China to $1 billion in 2016, and delivered more than 11,000 cars. It’s now building for far more. The company just completed its third Supercharger station with 50 stalls for plugging in Tesla vehicles, reports Elektrek. The new Beijing station is tied for the largest in the world. The next two biggest stations were also built in China, in the last year.

Most of Tesla’s 1,130 Supercharger stations are in the US and Europe, but China is gaining fast. The country’s new Superchargers represent the next generation of high-voltage stations destined for major cities, a crucial feature for China (and the rest of the world) as urban vehicle fleets switch to electricity over internal combustion engines (which will be banned in some countries in the coming decades). “Such high-density stations will become more common in other high traffic areas in the future,” the company told investors (pdf) last October. China is likely serving as the testbed for the rest of the world.

When it comes to electric vehicles sales, China is already the world leader. The number of new EV registrations in China overtook the US in 2014, and is now growing at a much faster rate.

Infrastructure has followed suit. China’s government is pouring billions of dollars into its transition to “new energy” vehicles, the country’s terms for EVs, and plans to have 800,000 charging points nationwide soon. By contrast, the US has only 43,000 individual charging connectors or plugs at about 16,000 public charging stations, according to Department of Energy data.