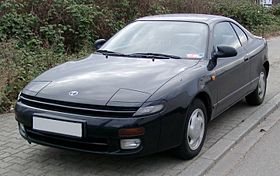 You don’t have to be Elon Musk to think outside the box. At age 12, Adam Lansing decided to convert a gasoline car to electric power after watching his older brother ask their parents for gas money. Six years later, Lansing cruises around in his own homemade electric car, but getting to this point took a lot of work.

The project got started when the father of one of Lansing’s friends overhead him talking about an electric-car conversion, and offered up an engineless 1980 Toyota Celica that was sitting outside his garage with a tree branch growing through the rear bumper. Not the most glamorous of starts, then.

It took Lansing two years to acquire all of the parts he needed for the electric conversion, and two more years to get the car running. He said he rebuilt the Celica 52 times, working up to 20 hours a day on the car to fix problems.

“Part way around 35 to 40ish was when it got the most frustrating,” Lansing said in a Toyota press release. “But the support from my family, friends, and girlfriend kept me going. You have to keep in mind the end goal.”

Now 18 and recently graduated from Plano East High School in Texas, Lansing has a fully functional electric vehicle with a 130-mile range. He didn’t have to do everything alone, acquiring sponsorships from Core IV and Plasma Boy Racing. They supplied the 30-kilowatt-hour lithium iron phosphate battery pack that currently powers the Celica. It’s mounted in the trunk.

Plasma Boy Racing founder John Wayland was one of the original inspirations for the project. While researching electric cars, Lansing found YouTube videos of the “White Zombie,” a 1972 Datsun 1200 Wayland converted to electric power for drag racing. The little Datsun showed Lansing that electric cars can be fast as well as frugal.

Lansing has started his own company, Hawkeye Innovations LLC, and hopes to make a living doing to gasoline-to-electric conversions. That’s becoming a burgeoning business, with companies like Genovation and Kreisel Electricconverting familiar sports cars into high-performance electric cars. After all, who said new electric cars can only come from Detroit or Silicon Valley?