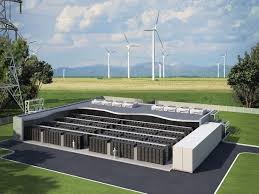 Developing a new generation of lighter and safer electric vehicle (EV) batteries is one of the first four projects be awarded funding from the government backed Faraday Institution.

The institution, which is supported from the government’s industrial strategy, has announced £42 million worth of funding to find solutions to fix some of the challenges surrounding battery technology, which limit the range of EVs.

The University of Oxford will lead a consortium to find ways to overcome the barriers which are preventing the more widespread uptake of solid state batteries in electric vehicles.

The theory is that by using a solid material as a conductor, rather than the liquid-based electrolyte used in conventional lithium-ion batteries, solid state batteries should be lighter and safer, hence less costly and easier to keep cool.

Another project, led by the University of Cambridge, will look at extending battery life. It will examine how environmental and internal battery stresses, such as high temperatures and charging and discharging rates, damage EV batteries over time. The aim of this project is to extend EV range by extending battery life.

Meanwhile Imperial College London will lead a consortium on battery system modelling and the University of Birmingham will lead a project focused on recycling and reusing batteries.