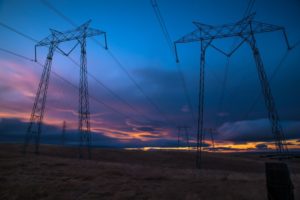 In 2018, we live in a world in which technology has spread into our lives in incremental and subtle ways. We probably don’t realize technology’s impact on our daily routines because it feels so necessary and natural. Indeed, technology has transformed nearly every aspect of our life — except one. The aging and inefficient power markets in the US are almost untouched by technology, and it’s become a real problem as the US anticipates new directions for energy production and distribution.

Through a combination of technological, social, economic, and policy trends, the power grid became what the National Academy of Engineers described as “the greatest engineering achievement of the 20th century.” According to EIA’s Short Term Energy Outlook for Feb. 2017, US annual energy expenditures in 2016 were 5.4% of GDP, and US citizens paid over $1 trillion on energy that year.

Assessments of global innovation place the US in the lower end of the top 10 countriescurrently exploring energy expansion, as the US has been delayed by insufficient investment in energy R&D relative to the size of our economy. You see, the US spent only around $6.4 billion on energy R&D in FY 2016.

Our high-technology society demands electricity to power nearly all new products that come to market. Today’s grid has grown in complexity as historical patterns give way to emerging trends that reflect technological advances in how electricity is generated and consumed. Cleaner energy production and engaged, responsive energy consumers are starting to reshape the grid.

According to the International Renewable Energy Agency, the cost of generating power from onshore wind fell by 23% between 2010 and 2017, and projects are now regularly being commissioned at a levelized cost of electricity of 4 cents per kilowatt-hour (kWh), with a global weighted average of around 6 cents/kWh.

And yet it’s still not enough. Average consumers have little in the way of information or sources to help them realize that they can power their residences and places of business with clean, reasonable renewable energy.

But why are green choices often more expensive, especially when it comes to energy, when the underlying costs can be lower? Drift* is a company that wants to change this. Drift partners directly with power makers, working with them to reduce their production costs. When they save money, you save money, and you also get access directly to clean energy, which means zero-emissions energy costs for you.

“We were inspired by REV in New York, rather than going to Boston or Chicago first. You start to see a group of regulators who understand the market and what the future opportunities are,” Drift Founder Greg Robinson says.

Historically, power flowed instantaneously from generators across a vast network of transmission and distribution lines before reaching consumers, who used it for home lighting, office electronics, and powering subway systems that move millions through New York City.

While the traditional power providers make more money when their customers use more power, Drift doesn’t. Customers pay a fee and, in return, Drift gets them access to the best energy prices in the market. Drift is a company that doesn’t ever want to be at odds with their customers.

“We are completely incentivized to lower the cost of energy,” Robinson says. “We want to find more local sources, more efficiencies, and strip out the middle person. We don’t lose money if your power bill goes down. But we probably won’t sign up many people if your bill goes up.”