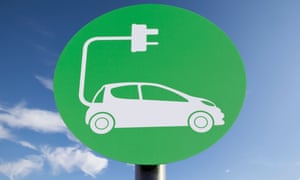 In Elizabeth in South Australia, they stood in a huge line, only three months ago, and spelled out HOLDEN for the helicopters. Thirteen weeks later, after the plant closed and the last car rolled away, the talk began of rejuvenation, a new owner and the promise of the electric.

The proposal, from the British billionaire Sanjeev Gupta, to refit the old Holden plant to make electric cars is still just a suggestion, but it has captured the imagination of a country suddenly keen to talk. On Monday, the idea was backed to the hilt by the premier, Jay Weatherill, and the Australian Manufacturing Workers’ Union. On Tuesday, the federal energy minister, Josh Frydenberg, said the electric car would do to Australia “what the iPhone did to the communications sector”.

Last November, the urban infrastructure minister, Paul Fletcher, announced a review into how electric cars could affect road revenue – a tacit acknowledgment that, depending on how the dice fall, they could change everything in the next decade or two.

By global standards, Australia is lagging behind. Only 0.1% of all new car sales in 2016 in Australia were electric, and that was actually down 23% on the year before. Other nations are powering ahead – Norway on 29%, the Netherlands on 6% and China, France and the UK on 1.5% of new cars in the same year.

Jafari has been calling on the government to introduce a temporary tax, stamp duty or rego fee exemption for electric cars – to “kickstart” the industry – and a national plan of action.

“The government has thought the issue is a lack of model availability and charging infrastructure, but in fact they are symptoms of our problem,” he says. “There is a lack of certainty that the market will do well. In every other country there is policy support, but that doesn’t exist here ”

If the government pulls the right policy levers, he believes, the industry will follow. Last year, the UK and France announced they would ban the sale of new petrol and diesel cars by 2040. Volvo announced it would make only electric or hybrid cars from 2019.

In Australia, the government provides a discount on the luxury car tax threshold for low-emission vehicles and companies can earn carbon credits by buying electric – but the industry wants more.

The Department of Environment and Energy’s current prediction is that electric cars will be 15% of new vehicle sales by 2030. The CSIRO predicts 20% by 2035, and the Australian Energy Market Operator predicts between 16% and 45% by 2036.

“I’m not in the business of setting projections because they’re always wrong,” Jafari says. “Every year the battery technology becomes more effective and cheaper at a faster rate than anyone predicts. The predictions of uptake and driving range are reforecast higher every year.

“The question is, do you want to take into account projections based on how things have been so far and assuming nothing changes? Or projections for what happens if Australia gets its act together and provides support?”

Jafari believes the upward, exponential trend could begin between 2018 and 2020, which means all eyes are on Frydenberg.

“A signal has been sent that a change is coming,” Jafari says.

“The lack of takeup is not because of a lack of consumer interest,” he wrote in his piece. “What holds them back are issues relating to price, range and infrastructure. But on each count, there are good things happening, with more to come.”

Later in the year, he is chairing a forum with Fletcher to discuss measures to “encourage the uptake” of electric vehicles.

According to the Australian, his support sparked a backlash from his own cabinet colleagues, but on Tuesday, the minister doubled down, telling critics they would be buying one in a decade.

For the doubters, the barriers remain the same: a lack of charging stations, “range anxiety” over how far a car can travel, and natural reticence to adopt something new.

Investment is coming slowly for charging stations. In Western Australia, the Royal Automobile Club built 10 stations from Perth to Augusta, in New South Wales the NRMA is building 40, and in Queensland the state government has announced a 2,000km superhighway of chargers, from Cairns to Coolangatta.

But there are still only 476 charging stations nationwide. In NSW and Victoria that means 1.7 and 2.5 stations per 100,000 residents respectively.

This makes Prof Stephen Greaves, an expert in transport management at the University of Sydney, sceptical about mass uptake.

“I’d like to see [the exponential growth argument] proven right but I think we are a long way from that,” he says. “The Australian consumer is naturally cautious about making a change such as this. I don’t think it’s a priority of Australians, or the government.

“I was looking at all the things they do in Norway – it’s a laundry list. You can drive in the bus lanes. You get free parking. You don’t pay any money on toll roads. If you put all these things in place, and you put more recharging stations in, you will see a significant but small increase.”

Also complicating matters are the rise of automated vehicles and ride-sharing services like Uber. Last year a Stanford University economist, Tony Seba, predicted that ride-sharing would end car ownership. With these fleets using only automated, electric cars, he maintains, no new petrol cars will be sold after 2025.

As the futurists debate, government is turning its attention to the knock-on effects. Depending on how the pendulum swings, and when, electric car uptake could slash the revenue collected from roads.

Currently, driving a petrol-consuming car costs you money via the fuel excise – a government tax on petrol, roughly 40c per litre – which is collected for the purpose of funding road infrastructure and maintenance, but that technically can be spent anywhere.

According to the 2017 Productivity Review, the average vehicle is charged $1,334 a year: $607 from the fuel excise, the rest from registration, licence fees and stamp duty.

With the rise in electric cars, the CSIRO is projecting that the revenue from the excise, in real terms, will drop by 50% by 2050, blowing a hole in the revenue stream.

A solution, suggested by the Productivity Review, and hinted at by Fletcher, is to scrap fuel charges and instead charge vehicles, both petrol and electric, for how many kilometres they drive – potentially using GPS tracking.

Known as road user pricing, it can potentially also be used to charge motorists higher rates for driving on busy roads, or at peak time, which could ease congestion.

But while it may benefit those who choose to take public transport and drive less frequently, road user pricing can be seen to penalise those who have no option but to drive – people in regional areas and outer suburbs.

“Some sort of variable rate is potentially a way to go,” Greaves says. “The simplest way to do that is by time of day. If you’re driving in peak hours, you’re paying a little bit more. It will make people think about what they do a bit more.”

The worry is that if distance pricing becomes too complex, or politically difficult, we will simply default to taxing electricity like it was fuel, halting the clean incentive.

But, with road user pricing, there is a potential for governments to finally balance the three concerns of funding, congestion and electric car uptake.

“You can in theory achieve all of this,” Greaves says. “You can tailor it for how clean the vehicle is.”

This is exactly what New Zealand is doing.

New Zealand has had a form of road user pricing since 1978. Their current model charges an excise for petrol cars (60c per litre) and by distance for diesel and electric ($62 per 1,000 kilometres).

But as part of a concerted effort to boost uptake, the Ministry of Transport has exempted electric vehicles from the charge until 2021 – saving each user roughly $600 a year.

For now any change in Australia, according to Fletcher, is going to be “a 10- or 15-year journey”, and the review will not be formally announced until later this year. In the meantime, the future of the electric car is tied up in shifting projections and promises. Weatherill, Australia’s most vocal pro-renewable premier, is certainly trying to seize the opportunity in Elizabeth.

“He has ambitions,” he said of Gupta. “We’re assisting him in that endeavour … We’re prepared to get in behind it.”