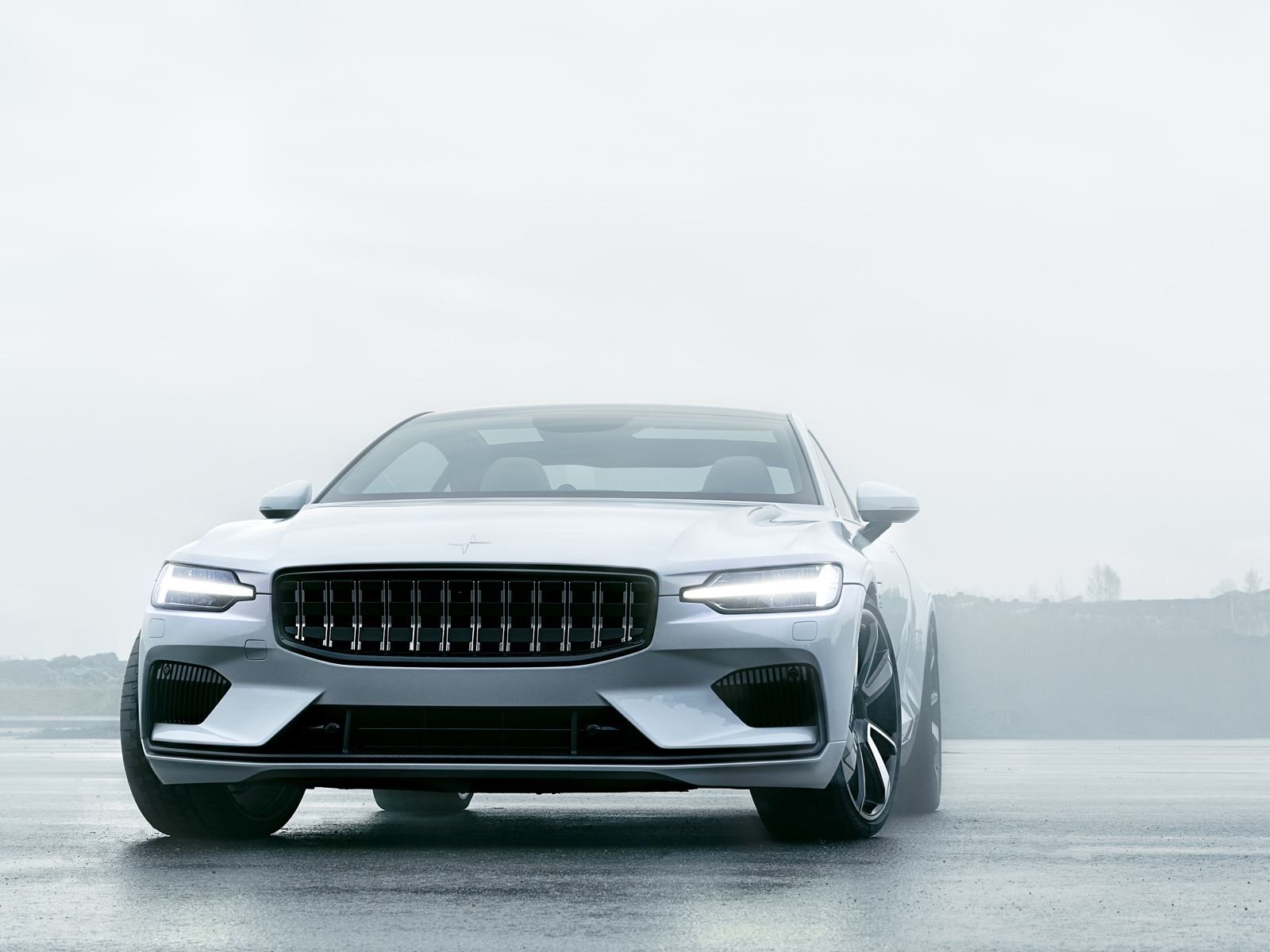 Volvo’s Polestar performance division has officially established itself as a self-standing performance brand, one that will be responsible for the development and production of performance hybrids and performance electric cars. At the very least, every vehicle sold will be a plug-in hybrid, and all will feature a performance edge – be it a sports SUV, coupe, or even hatchback. But it’s the Polestar 1 – the brand’s first vehicle unveiled late last year – that gives us the best glimpse into the future, not just for Polestar, but for electrified vehicles as a whole.

A Brief Overview of Polestar 1

Polestar 1 is the 2+2 seater sports coupe from Volvo’s Polestar sub-brand. It utilizes a shortened version of the S90’s chassis, chopping out more than 12 inches from the wheelbase and a further 8 inches from the front and rear overhangs. It features carbon fiber bodywork and a near 50:50 weight distribution. Power is sourced from the latest in plug-in hybrid technology, pairing 3 electric motors with a familiar 2.0-liter twincharged 4 cylinder engine. It sounds familiar, as the setup is the same in principle as the S90 T8 PHEV.

But the Polestar 1 develops combined outputs of 600 horsepower and 737 lb-ft of torque – with the front wheels driven by combustion and the rears by electrification. The rear wheels are each driven by an individual electric motor – the two paired by planetary gears – that produce 218 hp and can act to provide torque vectoring and actively monitor and adjust individual wheel speeds for enhance handling.

For a while now, Volvo has been pursuing electrification. To that end, the carmaker engineered its new Scalable Platform Architecture (SPA) modular chassis around the needs of hybridization and full electrification. The notion of a modular chassis has been used before on regular production cars, but for electrified vehicles it means a little more. Firstly it reduces the costs substantially – allowing one basic architecture to underpin 6 or 7 different vehicles, thereby reducing the need for individual tooling and production lines for all components.

By pioneering this sort of development, Polestar 1 has paved the way for others to follow the same ideologies, working on modular platforms that allow heavier investment in battery technology – the single element that holds electrification back as a viable source of propulsion.

But the modular platform is also an exercise in space planning, engineering the base of the platform to house a battery pack in the floorpan. By mounting the battery pack as low as possible the center of gravity is lowered substantially. Factor in the reduced weight of the body panels thanks to their carbon fiber construction, and suddenly the Polestar 1 features comparable weight to other performance cars, but with a superior center of gravity that vastly benefits balance and handling.

The floor-mounted battery pack also allows for advanced cooling, allowing air to flow over the surface to draw heat, enhancing battery life and increasing how long it holds charge for. What’s more is that the flat battery pack adds aerodynamic benefits too, and improves the ability to maintain the Polestar 1.

When the time comes for a battery change, or even an upgrade, the location of the battery pack in the floor pan allows for it to be removed and replaced without any substantial damage to the core structure. It’s a simple notion, but one that vastly extends the lifespan of the Polestar 1. Should this concept be used in other electrified vehicles, it could provide an answer to prolonged mobility of those who can’t afford to buy or lease a new vehicle every 5 years, expanding the second hand market to include electric vehicles without the negative connotation of batteries past their sell-by date.

The final technological aspect that can be drawn from the modular platform setup is one of practicality. Hybrid vehicle manufacturers prefer to rework an existing platform and insert batteries into the trunk space, robbing customers of usable storage space. Implementing this setup also raises the center of gravity and increases weight substantially, a process which often is counterintuitive to the goals of hybrid and electric adaptation. Every single one of these aspects are lessons that other manufacturers can learn from.

As the saying goes, a rising tide lifts all boats, and Polestar’s unique way of looking at things unlocks the potential for other manufacturers to enhance their own electrified offerings. But what’s more is that Polestar, by offering credible production offerings like the Polestar 1, is signifying intent to compete at a global level in the electrified sphere of motoring. It’s already stated that its second vehicle, Polestar 2, will be a mid-sized battery electric vehicle (BEV) directly targeted at the Tesla Model 3. Until now, Tesla has been alone in pioneering electric tech for the masses, and a lack of competition has meant slip-ups have often gone unpunished.

With Polestar entering the scene competitively, the rivalry will push Elon Musk and Tesla to improve standards and current product offering. More importantly, it will also force them to improve the technology used in future vehicles – elevating the status of electric vehicles as a whole. Competition is good for development and good for business, the principle of steel sharpening steel. And while the Polestar 1 might be innovative in its own way, perhaps it’s this last point that that indicates what the introduction of Polestar 1 means for the rest of the electrified vehicle market. We’re about to see a proverbial baby-boom in electric vehicle technology, and it’s the likes of Polestar 1 that we have to thank for it.