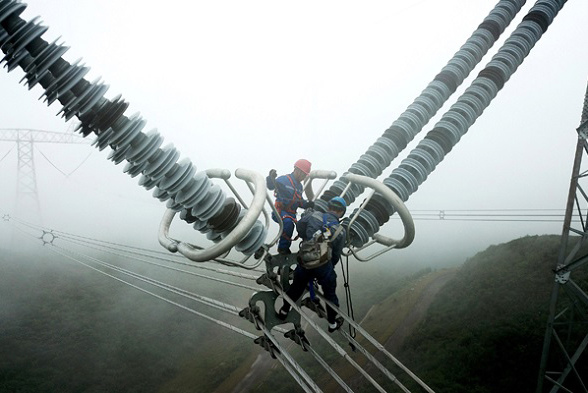 “Renewable energy is often generated in places far from the cities and industrial centers that consume it, and this technology could efficiently send it over long distances to boost renewables and drive down carbon emissions,” said Li Baojin, chief engineer of China Power Engineering Consulting Group Co Ltd, the company responsible for the project design.

Potential markets for the technology include Mongolia, Pakistan, Russia, the Philippines and Turkey.

According to Joseph Jacobelli, a senior analyst tracking Asia utilities at Bloomberg Intelligence, China’s UHV DC transmission technology has helped to realize the efficient transmission of clean energy from bases in western and northern China.

“There is very good potential for ±800kV UHV long-distance transmission lines in a variety of regions,” Jacobelli said.

“They are particularly useful in areas where power is not generated near the key areas of demand.”

Considering the future demand for long-distance energy transmission in countries and regions participating the initiative, the technology will have a substantial market in those regions, he added.

The technology is vital to China’s energy development as it optimizes energy distribution across the country, Li said.

He added that the technology has the highest voltage, carries the largest capacity of 8 million kilowatts and travels the longest distance of more than 2,000 kilometers, which can significantly reduce transmission losses due to its high efficiency.

The technology was recently awarded a special award for scientific and technological progress during the National Science and Technology Award Conference in January.

According to Jacobelli, Brazil, with its hydropower potential ranking No 3 in the world after Russia and China, is a country with a vast territory and energy consumption centers that are far from where resources are located, like China. The application of the transmission technology would be just as practical in other countries too, including Pakistan and India, in addition to Brazil, he said.