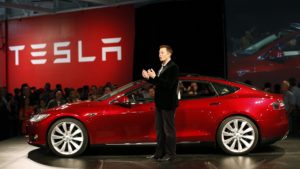 Will Smith, a former partner at Michael Hintze’s investment firm CQS U.K., is starting a hedge fund that will bet on companies whose products and services will benefit from a boom in electric cars.

The Westbeck Electric Metals Fund is expected to begin trading next month and aims to raise a maximum of $250 million, according to a document seen by Bloomberg News. Smith, who was the head of natural resources at CQS before starting London-based Westbeck Capital Management in 2016, declined to comment.
Companies like Toyota Group’s trading arm are scrambling to secure supplies of resources for electric car batteries, making miners of commodities such as copper, nickel, lithium and cobalt a fertile hunting ground for hedge funds. The end users are companies like Elon Musk’s Tesla Inc., which is jointly developing the world’s biggest lithium-ion battery project.

Westbeck’s fund will target opportunities among more than 200 companies with a combined market capitalization of about $650 billion. The firm has also tapped a former chief executive of a lithium company as an adviser for the fund, according to the document, which did not name the person.

The firm’s existing energy fund gained 20 percent through Jan. 12 this month after losing 17 percent last year, according to another document. The fund had gained 22 percent in 2016.