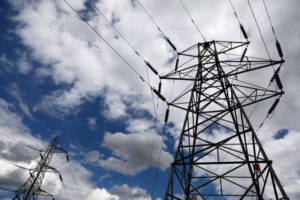 Temperatures above 40 degrees Celsius (104°F) represent the first major test of the energy grid this year after nearly 2,000 megawatts of extra capacity were added to prevent blackouts that have previously hit household and industrial users.

The extra capacity includes the world’s biggest lithium ion battery built by Tesla Inc, which was switched on last month and provides 120 megawatts.

Scorching conditions stretch the grid as people crank up power-hungry air conditioners, while the heat reduces the capacity of transmission wires to carry electricity.

The Australian Energy Market Operator (AEMO), which runs the national electricity market, expected a decline in reserves in the states of Victoria and South Australia on Friday afternoon, but no disruption to supply.

It asked generators that feed power into the grid to be on standby to supply extra power in those states.

Forecast wholesale spot power prices for dispatch on Friday afternoon in South Australia and Victoria have spiked to the capped level of A$14,200 ($11,366) per megawatt hour (MWh), AEMO said on its website.

Last summer was the first in eight years to see power failures in Australia’s southeastern states, including outages that forced BHP Billiton to stop production at its Olympic Dam mine for two weeks and Alcoa Corp to shut one of two potlines at its Portland aluminium smelter.

Alcoa, one of the biggest electricity users in Victoria, is one of several industrial customers asked by AEMO to go on standby to reduce electricity demand if necessary on Friday afternoon.

“If managed appropriately Portland smelter can be safely curtailed for short time periods (up to one hour) to provide much needed capacity during peak demand periods,” Alcoa said in a statement.

A spokeswoman for Nyrstar, operator of the world’s biggest lead refinery at Port Pirie in South Australia said it was running as usual.

BHP declined to comment on whether its operations could be impacted.