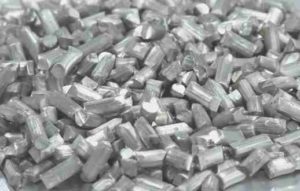 Lithium, which is among the top 10 most expensive minerals in the world was discovered in the Volta Region by the Minerals Commission.

According to the Chief Executive of the Commission, Kwaku Addai Antwi-Boasiako, the mineral was identified during a nationwide exploration exercise.

“The mining activities will start but we want to attract investments into the Volta Region, that is where we have the Lithium and all these rare minerals. These are the minerals of the future. Lithium is about green energy and renewable energy. So if you have lithium and all these rare minerals in the Volta Region, you will want to expand the base of mineral production. The presence of these minerals is as important as having the money to mine them… for now, we know we have it,” he told Citi News.

Mr. Antwi-Boasiako added that the Commission was making efforts to ensure that the discovery sites are not encroached upon by illegal miners.

He further noted that the Commission will follow due procedures before it considers issuance of licenses to companies to mine the mineral in the country, noting that it will primarily consider electronic applications from interested investors to avoid issues of corruption.

Lithium can be used for the manufacture of batteries, heat-resistant glass, ceramics, among other things.

Both lithium metal and its compounds have many uses. Lithium stearate is mixed with oils to make all-purpose and high-temperature lubricants.

Lithium is alloyed with aluminum, copper, manganese, and cadmium to make high-performance alloys for aircraft.

Bahnmetall consists of lead-containing 0.04% lithium, 0.7% calcium and 0.6% sodium is harder than pure lead and was used for railroad car bearings in Germany.

Compounds such as LiAlH4 and organolithium reagents (LiMe, LiPh, etc.) are very important as reagents in organic chemistry

Lithium metal has the highest specific heat of any solid element and its sometimes used as battery anode material (high electrochemical potential). Lithium compounds are used in dry cells and storage batteries.

Lithium is used in the manufacture of special high strength glasses and ceramics sometimes, lithium-based compounds such as lithium carbonate (Li2CO3) are used as drugs to treat manic-depressive disorders.