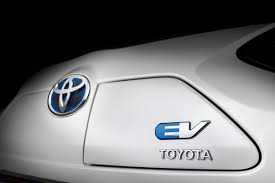 Toyota Tsusho will take a 15 per cent stake in lithium miner Orocobre for A$282m ($224m) to more than double lithium carbonate production capacity at Orocobre’s Argentinian mine Olaroz to 42,500 tonnes per year from 17,500 previously.

Toyota Tsusho said the investment will provide a “long term, stable supply of lithium in response to growing global demand.”

The move by Toyota follows similar investments by Chinese electric carmaker BYD, which formed a joint venture with a Chinese pot ash producer to produce lithium carbonate and China’s Great Wall Motor, which last year took a 3.5 per cent stake in Australia’s Pilbara Minerals to secure a supply of the metal.

Toyota Tsusho and Orocobre are also finalising plans to develop a 10,000 tonne-pear year lithium hydroxide plant in Fukushima, Japan. A decision will be made on the plant in mid-2018, Orocobre said in its statement.

Orocobre shares climbed almost 60 per cent in 2017. Its shares were suspended on Tuesday.