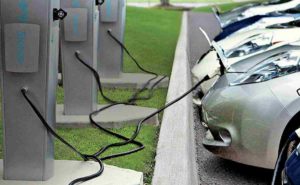 A global battery boom, driven by growing demand for electric cars, has Canadian miner RNC Minerals is in talks with commodity traders, mine operators and financiers to help secure $1.24 billion to build the world’s biggest nickel and cobalt project next year.

The need for batteries in electric vehicles is pushing prices higher for such key ingredients as nickel and cobalt and encouraging miners to accelerate development plans.

Conditions are right to build Dumont in the Canadian province of Quebec, said RNC. With 3.15 million tonnes of nickel sulphide and 126,000 tonnes of cobalt, it is the largest undeveloped reserve of both metals in the world, the Toronto-based company said on Jan. 15, citing S&P Global Market Intelligence data.

RNC, which changed its name from Royal Nickel in 2016, is in talks with large Japanese trading houses, companies that offer “streaming” deals and miners interested in off-take arrangements to feed their smelters, said Chief Executive Mark Selby in an interview.

“We have a clear path to secure financial backing,” said Selby.

RNC is not yet in direct talks with battery makers or car companies, but is open to those discussions, Selby said.

RNC is also seeking debt financing to fund half the development cost, he said, and expects to complete financing deals late this year and start the two-year construction project in 2019.

Cobalt is mainly mined in the war-torn Democratic Republic of Congo. The market is dominated by Glencore, which produced more than 28,000 tonnes in 2016 and agreed to sell up to 20,000 tonnes of cobalt to a Chinese battery maker.