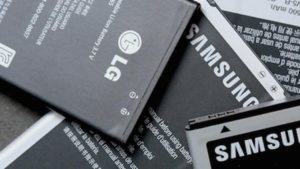 It seems that each year has brought with it a major development in smartphone technology. Each year we get better cameras with more impressive low light performance; bigger, brighter displays with less bezel; CPUs and GPUs that leave the previous year’s benchmarks in the dust. Yet the one place where we have seen little improvement is with the battery. Finally, companies have stopped trying to make phones thinner, and have started to embrace bigger batteries. But we should not rely on this for the future. Band-Aid solutions like quick charging help us to get more from our battery but also come with risks like overheating and faster battery degradation.

Lithium-ion (Li-ion) batteries power most of our electronic devices today, and they have a lot of good things going for them: they are cheap to produce, can have high capacities, and can recharge fairly quickly. But they also have their downsides: degradation in their capacity over time cause them to only last around two years, and charging them quickly produces a lot of heat. And Li-ion batteries do not like heat; it causes them to degrade faster and can also cause them to catch fire.

Luckily, we can only get better from here. What do we want to see in new smartphone batteries? Higher capacities, less degradation over time, increased stability (safety), and faster charging. Let’s see what new technology can offer us.

Today’s Li-ion batteries are created by making neat layers of lithium atoms and transition metal atoms. Scientists refer to this as ‘ordered’. Having an ordered structure allows lithium to pass easily between the layers and provides a high capacity for batteries. But this can be improved by making batteries with a ‘disordered’ structure. However, until a breakthrough by Berkeley scientists, the problem was that there was no determinate way of creating disordered cathodes. Their research showed that certain types of disordered material could store more lithium than their ordered counterparts thus leading to higher capacities. The same team also found that they were able to make the batteries have longer lives and that are less likely to catch fire by a process called fluorination.

If disordered Li-ion batteries make it to the market, we could see smartphones with higher capacity batteries that are safer.

Graphene Ball – The next step?

One of the problems with quick charging is that it leads to faster battery degradation. But there is new research that shows how researchers from Samsung and Seoul National University were able to coat electrodes with graphene. This allowed them to create a battery that could charge to full in just 12 minutes, or five times faster than current technology. That battery also had a 45% increase in capacity. The project leader, Dr. Son In-hyuk, said that their research: ‘enables mass synthesis of multifunctional composite material graphene at an affordable price.’ This means that we could be seeing batteries using a graphene ball electrode coating relatively soon.

It would bring us batteries that have higher capacities, operate at a stable temperature, and charge very quickly without significant battery degradation. Samsung notes that this kind of battery would be very useful for electric vehicles, which currently take a long time to charge.

Unfortunately, the technology for making such a battery is still in its very early stages. But when it sees the light of day, we will have one of the safest batteries ever made.

Nanowire batteries provide benefits such as quick charging and higher power density. But the crux had been that they did not have a great life cycle. In September 2010, a silicon nanowire battery could only cycle, or discharge and recharge, 250 times before degrading below 80% of the original capacity. For reference, current Li-ion batteries can cycle around 400 times before experiencing significant degradation.

But in 2016, Mya Le Thai, a doctoral candidate at the University of California Irvine, solved this problem by coating gold nanowire with Manganese-oxide and placing it in a poly(methyl methacrylate) gel electrolyte. Don’t worry if that did not make any sense, the bottom line is that it makes the battery infinitely stronger than before. Her new method yielded a battery that could cycle over 100,000 times without experiencing significant degradation.

If this kind of battery could be mass-produced, we will have devices that are powered by batteries which will virtually never degrade during the device’s lifetime.

What can we look forward to in the meantime?

Yes, most of these technologies are far away on the horizon, but there is hope for the not so distant future. Samsung seems like they are capable of efficiently producing graphene ball batteries which would offer us major improvements. Until then, we can look forward to new ways to pack more li-ion power into our devices. For smartwatches, we could see watch bands with flexible batteries built in. In late 2016, Panasonic showed off a flexible Li-ion battery, and recently we have seen patents from Samsung indicating that they may also be working on such a development.

What matters most to you in a battery? High capacities, ultra-fast charging, safety? Let us know in the comments.