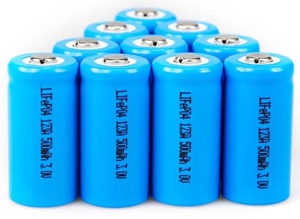 Since the 1970s, lithium has been a common and effective treatment for manic-depressive illness, also known as bipolar disorder. But lithium is also the central constituent in powerful modern batteries used in everything from cell phones to electric cars such as Teslas. What makes lithium effective for such diverse purposes?

The philosophy of science (link is external) increasingly recognizes that many important explanations invoke mechanisms, which are combinations of connected parts whose interactions produce regular changes. For example, neuroscience explains how brains work by identifying how the neurons (parts) connected by synapses (connections) excite and inhibit each other’s firing (interactions). Similarly, we can investigate the mechanisms that make lithium good for batteries and the mechanisms that allow lithium to affect the brain in ways that reduce the occurrence of manic episodes.

After hydrogen and helium, lithium is the third simplest element, containing only three protons and three electrons. Atomic mechanisms are well understood such as the operation of the electromagnetic force that keeps electrons attracted to the protons, and the strong force that keeps protons together. Molecular mechanisms are also well understood, such as the way that lithium can combine with carbon to form lithium carbonate, the typical substance given to people for bipolar disorder.

Lithium is good for batteries for three main reasons (link is external). First, it is highly reactive because it readily loses its outermost electron, making it easy to get current flowing through a battery. Second, lithium is much lighter than other metals used in batteries, such as lead, which is important for small objects such as phones but also for cars that require many batteries. Third, lithium-ion batteries are rechargeable, because lithium ions and electrons move easily back into negative electrodes.

It is harder to specify the mechanisms that explain why lithium helps people with bipolar disorder. The calming effect of lithium was discovered by accident in the 1940s, but understanding of how it works has been slow to develop. According to a recent review by Flavio Guzman (link is external), lithium assists the brain in three ways. First, it helps to protect a number of brain regions important for emotional functioning, maintaining gray matter in areas such as the ventral prefrontal cortex. Second, lithium affects the operations of neurotransmitters in desirable ways to discourage mania, by reducing dopamine and norepinephrine excitation and increasing GABA inhibition. Third, lithium modulates cellular signaling systems by affecting important brain chemicals such as AC/cAMP and BDNF. Lithium inhibits the operation of AC/cAMP through competition with magnesium, but I have found no scientific consensus on how lithium affects neurotransmitters such as dopamine and GABA, and how it has more widespread effects on whole brain regions.

Mechanistic explanations do not have to come all at once, but can develop gradually as more becomes known about the parts and interactions that operate to produce complex effects.