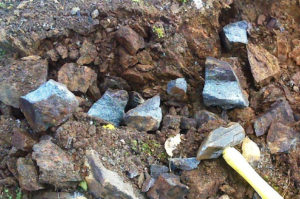 Cobalt is benefiting heavily from the renewable energy revolution concerning green-energy devices, particularly used in electric cars. The metal is considered to be a technology enabling commodity. According to the London Mercantile Exchange (LME), trading volume reached 1600 lots in November, peaking in December 2016 with nearly 2800 lots being traded, compared to 500 lots being exchanged over the past ten months.

The price of the commodity has been skyrocketing since December 2016 and currently stands at around $44,250 per tonne, its highest level ever. Technical indicators MACD, RSI, and Stochastics all imply that the metal is strongly overbought and a potential correction of the rally to a more sustainable level might be possible in the near future.

Around 14 major producer countries supply the metal. Nearly half of the current global cobalt reserves can be found in the Democratic Republic of Congo. A potential benefit of Cuba opening up for trade will be the more accessible opportunity for commodity exports, due to the country’s 7% share of the metals reserve, placing the island at third place worldwide.

The only country actually able to produce primary cobalt is Morocco, holding a 0.3% share of the global cobalt reserves. Primary cobalt is very rare as around 47% of cobalt production is a by-product of copper and nickel ores and has to be extracted.

Cobalt is a very versatile commodity in terms of usage – e.g. battery electrodes or catalysts for the petroleum and chemical industry. One particular use of it will be in the lithium-ion batteries of carmaker Tesla, as the batteries use more cobalt than lithium by weight. Tesla is substantially exposed to price movements in cobalt. Without an increase in copper and nickel demand, it will be very difficult to see the reasonable prices needed to produce Tesla’s batteries.

Taking into consideration the building of Tesla’s Gigafactory in Nevada, solely for the purpose of battery production at adequate prices, the scale of importance becomes visible. Tesla states on its website that it “will require today’s entire worldwide production of lithium-ion batteries”.

Tesla will inevitably become the largest consumer of cobalt from North America’s raw-material resources as the firm plans to start mining in the US in the near future. Hence, it is worth keeping an eye on American/Canadian mining companies and their stock prices.

Overall the battery industry accounts for over 41% of the global demand. Cobalt is a metal that cannot be replaced without losing product performance, making it a very attractive investment opportunity with plenty of upside potential.

Sourcing it from America and Canada as intended by Tesla will not fully work, as the cobalt output only equals 4% combined and will not even closely be enough for even one of Tesla’s models. Nevertheless, Tesla will try to source the current reserves from North America first as it has approximately one million tonnes of cobalt. Certain states in the US will potentially experience an increase in primary sector activity. Most of the reserves can be found in Minnesota, Idaho or Missouri.

Trading in Panasonic Shares experienced high volume spikes around the end of November, beginning of December 2016, potentially related to the announcement that Tesla is obliged to pay Panasonic $1.7bn for their electric vehicle battery cells made at Tesla’s Gigafactory. Tesla’s share price has been skyrocketing since the volume spike in Panasonic shares occurred, from $182.82 to currently $272.23.

It is no surprise that trading house Glencore is always spot on regarding new upcoming success commodities and is already deeply involved with cobalt and one of the biggest market participants by far. After the much-talked-about deal with Rosneft and Qatar regarding oil, just two weeks ago Glencore agreed to a $960m deal meant to boost ownership of two giant Congolese cobalt and copper mines. This allows the commodity firm to profit more from the booming prices, holding now a 31% stake in the world’s largest cobalt mine – Mutanda Mining.

Glencore had a superb turnaround after its slump in equity price. By selling $10bn in assets and cutting debt, as well as rebounding commodity prices, it seems like 2017 will be the year of Glencore. Increasing world market prices for cobalt and copper will directly benefit the firm’s pockets and being the biggest player in most of the world’s commodity trading certainly helps.

The following chart shows the correlation coefficient of Glencore being at the moment at 0.5434 compared to the overall market movement of the benchmark index FTSE 100. The slump in equity price and the following rebound of the stock can be clearly identified in the chart, correlating to the upward moving FTSE 100 index over that time period.

Cobalt Is a Complicated Business

Tesla’s plan, as previously mentioned, is to source cobalt locally, from North America, and to potentially, simultaneously increase its ESG (Environmental, Social, Governance) efforts. The current major supplier of the metal for Tesla is Japanese firm Sumitomo Metal Mining (SMM), having its cobalt mine in the Philippines. Sumitomo is dealing via Panasonic, which in turn is Tesla’s main provider and longstanding partner. Tesla does not disclose supplier information due to the delicate nature of cobalt production in terms of workers and environmental protection.

Congo is a conflict region and the best-known effort to regulate mining is the US law regarding so-called “conflict minerals”. These include gold, tantalum, tin and tungsten. The Dodd-Frank Consumer Protection Act aims to trace flows of money from those materials to Congo’s militias and companies incorporated in the US attempt to trace those sources. Nevertheless, disputed raw materials can find their way into the supply chains of many of the MNEs, like Panasonic supplying Tesla. Therefore it is important to have adequate supply chain controls in place for companies to fulfil their CSR responsibilities.