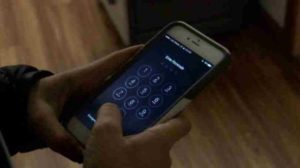 Nowadays, you can’t live without a cell phone and every year there’s always a new upgrade. So what do you do if you have an aging phone?

“That depends on a couple of things, like whether the phone is working, whether it’s damaged or whether it’s repairable,” said Richard Shroyer, Regional Manager at Fanelli Boys, Inc.

To start off, he says if you have a damaged phone, it’s better to recycle it.

“The [Meadowbrook] mall here, Kroger and often times Walmart, would have what’s called ecoATM.” he said. “Those machines buy back phones and you can recycle there too.”

If it’s in good condition, you can earn some extra cash from it.

“You could bring it to a place like us at Fanelli Boys or Game Stop or even your cell phone carrier and they can either pay cash or a bill credit from your carrier,” said Shroyer.

One way that you can help with an old cell phone is to send it to an organization like Cell Phones for Soldiers.

“They’ll go an send it overseas to soldiers or if they’re broken or damaged, they’ll sell it for what it’s worth to get prepaid cards for people overseas so they can call back home,” he said.

Another way is to sell it directly through Facebook, Craigslist or even Ebay.

According to Shroyer, Apple phones hold its value the longest. When it comes to Androids, Samsung has a better value.and LG phones are in the bottom of the list.

“They do make some nice phones but just due to the demand for them, they don’t really have much use and they lose value pretty quickly,” he said.

Most importantly, just because you have no use for them, it’ doesn’t mean it’s okay to throw it in the trash.

“Make sure you just don’t throw them away. It’s bad for the environment. It creates more waste. It’s actually kind of hazardous to the people who collect the trash. Lithium batteries can explode,” said Shroyer.