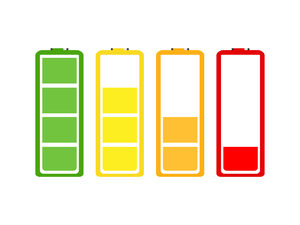 After the end of the World War II, the US prudently built up a reserve of metals it deemed “strategic” in the not-unlikely event that the nation could again be called on to defend its allies in war.

American leadership saw how Germany practically starved Britain with submarine attacks on British and Allied shipping vessels. On the other hand, the US managed to break the back of the Japanese economy by sinking over 90 percent of the Japanese merchant fleet. Both of these events show how cutting a country’s supply lines (including critical metals) in times of war can devastate a war-time economy.

During the Cold War of the 1950s to the end of the 1980s, the US was constantly worried about a war with the Soviet Union, so it kept a “strategic stockpile” of metals that could be pressed into military applications should the need arise. The metals included indium, chromium, cobalt, diamonds and molybdenum. In 1987, the US added manganese to the stockpile. The reason? Manganese is essential to the production of steel; as a steel alloy, there is no substitute for it. For every tonne of iron, 10 to 20 pounds of electrolytic manganese metal (EMM) must be added, making it the fourth-most-traded metal in the world. Only aluminum, iron ore and copper are more widely used.

Since the end of the Cold War in the early 1990s, the US government has sold off its strategic stockpile, making the country vulnerable to foreign metal producers such as China, which produces 90 percent of the rare earths used in smartphones, green energy applications and missile-guidance systems, to name just three examples. Along with rare earths and many others, manganese is long gone from the stockpile.

The US has no manganese reserves and no producing mines, a situation echoed in most industrialized countries, including those in Europe. According to the US Geological Survey, manganese ore containing 20 percent or more manganese has not been produced in the US or Canada since 1970.

All the high-grade (>20 percent) manganese ore was mined out, leaving just the low-grade material that is too expensive to mine considering the lower-cost and easier alternative, which is to import it. It’s estimated that the US needs about 1.1 billion pounds of manganese a year, almost all of which is consumed by the steel industry.

Rising steel demand
Despite the ups and downs of the global steel industry, the International Manganese Institute predicts the steel industry will continue to grow at 2 percent annually; the US is expected to produce 4.4 percent more steel this year, in line with President Donald Trump’s focus on infrastructure spending. Growth in steelmaking puts an even brighter spotlight on manganese as a critical metal — defined as a metal that is essential to the economy and has a significant risk of supply interruptions. If one or more of the nations that supply manganese to the US suddenly stop shipping it, the implications for steelmaking could be dire.

Emerging battery technologies
While the US currently imports manganese from major producers South Africa, Australia, China and Gabon, more recent applications for manganese are making it even more critical — especially the battery industry, where manganese is used to produce batteries for electric vehicles (EVs) and for other renewable energy applications such as electricity grid storage (e.g. Tesla’s (NASDAQ:TSLA) Powerwall batteries).

Indeed, manganese is a critical link in the lithium-ion battery supply chain that is driving the adoption of EVs. According to Tesla CEO Elon Musk, energy storage is “the last vital piece” needed to wean the global economy off fossil fuels and enable widespread adoption of EVs and renewable energy.

The market for manganese in North America has huge potential considering the lack of domestically mined manganese and the growing popularity of EVs that run on batteries made from lithium, nickel, cobalt and manganese. Manganese is increasingly being seen as a leading-edge metal for battery production.