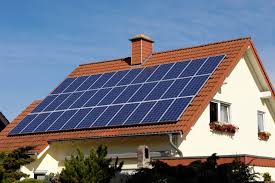 Households and small businesses using independent power systems, or microgrids, still find it hard to cope without their national electricity grids. Despite the rising popularity of photovoltaic plants and wind turbines, citizens still choose to remain connected to the national grid as a way to avoid power shortages.

Green energy generators rely on weather conditions and on the storage capacity of the building. To secure a permanent power supply, households should remain connected to the national grid, experts advise. “When the battery runs dry and there is no access to additional power, grid connectivity offers a vital back up function, even for households looking to become self-sufficient,” explains Christoph Graefe from EURELECTRIC, Brussels, representing the interests of the European electricity industry.

However, even if the storage capacity of the current available batteries is limited, smaller, more efficient devices are expected to be produced over the coming years. One example is the hybrid car battery that can also serve buildings. “The idea is that you drive to work in the morning, come back in the afternoon, and plug the electric vehicle into your house to recharge it. You may not need the car for the next days and, if the right technology is available, you could use the same battery as a storage device for your household or for your local area network,” adds Graefe. This pioneering system was launched last year by the Japanese company Nissan and it is being tested in Denmark.

In addition, once households are able to generate their own power, any excess can be fed into the grid. However, this puts strain on the grid, experts warn, as the infrastructure was designed for a single flow of electricity, i.e. from the power station to consumption places.

“A robust and flexible grid is essential for encouraging small power producers to feed into national power systems, and thus participate in the wider electricity market alongside conventional generation technologies,” says Red Eléctrica.

The Spanish electricity operator recommends better monitoring of the energy resources at TSO level (transmission system operators, entities entrusted with transporting energy), regardless of the voltage at which they connect to the grid: “This detailed exchange of information is paramount for the security and efficiency of system operation as well as for carrying out efficient network planning.”

The renewable energy provided by microgrids comes mainly from solar plants, as a wind turbine is less affordable for a household or even for an association of households. Fluctuations can be overcome with transformers or other technological devices.

“Beyond the particularities of any technology, we believe that all renewable technologies can contribute and complement each other and that the key element for their successful integration is to develop a strongly interconnected pan-European system and a robust and flexible grid, able to adapt to and cope with any feasible generation-demand scenario,” adds Red Eléctrica, which is the coordinator of the European project Best Paths, aimed at increasing the transmission network capacity to integrate more renewables.

The fact that customers are leaving the national grid to be self-efficient in energy can be challenging for the network operators. The overall costs of the system remain the same, regardless the number of the subscribers. So, fewer people sharing the grid costs means higher costs for those remaining connected. To sort it out, some experts suggest setting up a tariff model, which consists in paying for the real amount of the contracted energy.

Under this scheme, called proper cost allocation, users that have higher contracted capacity [the generation capacity is the maximum electric output a generator can produce, ed. note] pay proportionally more for the grid costs. “This requires transparent pricing based on the energy consumed and the networks used, free of inefficient tax, levies or regulation which distort the actual prices involved. In this respect, we consider a key milestone will be the completed roll-out of smart meters as this will allow wholesale market prices to be passed onto end-users or their suppliers,” points out Red Eléctrica.

The users, including those with self-generation capacity, will therefore be able to choose a supplier, connection type, configuration or tariff and, irrespective of their choice, the cost allocation will help the development of the energy system.

Existing microgrids are not monitored at national or EU level, but their number has grown recently, also due to the state incentives which the individual networks have received, notably in countries like Germany or the United Kingdom. The right of citizen to produce, store and sell renewable electricity is supported at EU level, through the so called Clean energy package, eight legislative proposals that will guide the energy policy all across Europe for the next decade.