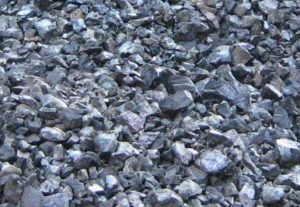 Market participants said February and March offers for 37% manganese ore were being made to Chinese buyers at $6.50-$7.00/dry metric ton unit but prices were being accepted at the lower end of the range.

Offers for Australian origin 45% manganese ore were heard up to $7.15/dmtu while Gabon origin was at $6.80-$7.00/dmtu all CIF China basis. A Chinese smelter source said he was looking at buying Australian material at around $7.15/dmtu as this is an “acceptable level for now.”

With Chinese new year holidays fast approaching, market participants said they were expecting to see a slowdown in demand. “People are anticipating lower levels in near term, so are all holding back,” one Chinese trader said, adding there was no rush as there was no shortage in stocks.

A second Chinese trader said manganese ore prices in port were soft compared to seaborne material due to, “traders trying to get cash for the new year.” He added the outlook for manganese alloys prices also looked soft.

The S&P Global Platts weekly 44% manganese ore assessment was unchanged at $7.00/dmtu CIF Tianjin while 37% manganese ore was at $6.50/dmtu up 10 cents on the week, same basis.