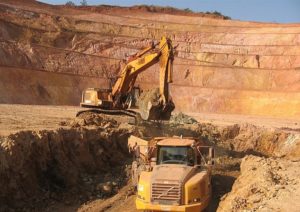 Ivory Coast is the world’s top cocoa grower and is trying to develop its long-neglected mining sector as part of a bid to diversify the economy as it recovers from a decade-long political crisis.

“We have a mining permit. We are officially starting our mining operation this Wednesday in the Korhogo region,” said the mine’s director of administration Philippe Blekahi. Korhogo is in northern Ivory Coast.

The government said in 2014 it wanted to boost manganese production to 1 million tonnes by 2017, but weaker than expected demand from China has slowed production.

Government-owed Sodemi Lauzoua, which operates in the southeast of the country in partnership with China National Geological and Mining Corporation has slowed production while other companies have suspended operations.

Blekahi said the mine expected to spend about 15 billion CFA francs ($26 million) on mine development in the 10 years of its renewable permit and export mainly to India, China and Europe.