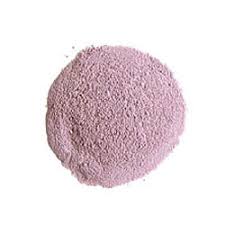 The global manganese carbonate market currently demonstrates the presence of numerous small and medium-scale companies. As per a new Transparency Market Research (TMR) report, intense competition exists among these enterprises engaged in the manufacturing different grades of manganese carbonate. In order to gain a stronger hold in the market, companies such as American Elements, Alfa Aesar, Zncus Chemical Co., Ltd., and GFS Chemicals, Inc. are investing in the research and development of novel grades of manganese carbonate. These companies are working closely with consumers to develop products that cater to their dynamic preferences.

Besides these, the leading companies in the market are also looking to expand their production capacities by capitalizing on untapped opportunities in emerging markets. Due to the prevalence of these factors, the degree of competition in the market is expected to remain high through the forecast period from 2015 to 2023.

The rising use of manganese carbonate as an essential agriculture micronutrient will considerably fuel their sales. This chemical is often added to plant fertilizers as a treatment for crops with manganese-deficiency. Agricultural sector still holds dominance across several emerging economies in Asia Pacific and Latin America. Hence, these regions are projected to provide lucrative opportunities for manganese carbonate manufacturers, as they exhibit high demand for micronutrient fertilizers.

One of the key factors favoring growth of the manganese carbonate market in emerging regions such as Latin America, Africa, and Asia Pacific is that a majority of manganese reserves are concentrated in these regions. However, “Region-specific concentration of manganese reserves have resulted in lesser global opportunities for manufacturers,” states the TMR analyst. This limits the market’s expansion in developed economies. Furthermore, the majority of manufacturers have signed agreements with mining companies located in close vicinity. This in turn hinders the entry of new players in the market in the absence of favorable agreements.