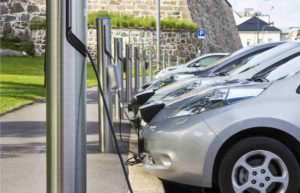 The Democratic Republic of Congo may soon more than double the tax mining companies operating in the country pay on exports of cobalt, a key component in the lithium-ion batteries that power electric cars and mobile phones.

The African nation, responsible for about two thirds of global cobalt output, has been evaluating the measure since last month, when a major revision to the 2002 Mining Code was passed by the parliament’s lower house.

If also approved by the Senate, the new law will qualify cobalt as a “strategic commodity” and so the royalty on exports of that metal will increase to 5% from 2%. Taxes on base metals, in turn, would increase to 3.5%.

The most likely outcome of such tax increase would be a further compression in the amount of capital deployed into new mine construction and exploration in the DRC, Trent Mell, President and CEO of Canada’s First Cobalt.

“We came very close to making a significant investment in the DRC in 2017, but reversed course as we concluded the geopolitical backdrop was getting worse. This surprising news is just one more reason for investors like us to look elsewhere,” Mell said.

His company is now directing all efforts on primary or by-product cobalt opportunities and refiners, battery manufacturers and energy material companies are already expressing interest in what First Cobalt is doing. “By looking for cobalt as our primary focus, with additional payable metals, such as copper, nickel and in our case silver, we have taken a new approach to exploration to offer investors better exposure to the metal,” Mell said.

Cobalt prices went ballistic last year, with the metal quoted on the London Metal Exchange ending 2017 at $75,500, a 129% annual surge sparked by intensifying supply fears and an expected demand spike from battery markets.

Through the chamber of mines, an industry lobby group, companies have opposed to the proposed reforms to the country’s 16-year-old code, saying that while it would boost government revenues, it would also make investments in the sector unprofitable.