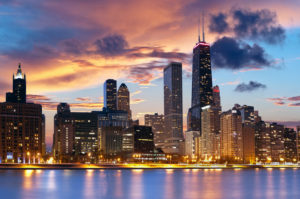 Facing a federal complaint and legal pressure from the city, a bulk storage operator on the Southeast Side will stop storing toxic manganese outside and suspend barge transfers during high winds to reduce harmful dust blowing into surrounding neighborhoods.

Pittsburgh-based S.H. Bell Co. agreed last month to follow a plan outlined by the Chicago Department of Public Health after Mayor Rahm Emanuel’s administration rejected the company’s proposed overhaul of the way it handles manganese, a heavy metal used in steelmaking that can permanently damage the nervous system and trigger learning difficulties, memory loss and anxiety.

Neighbors are increasingly concerned about the facility, prompted in part by what they have learned about problems with a similar S.H. Bell operation in Ohio and by preliminary results from a University of Illinois at Chicago study that tested the toenails of neighborhood children for manganese.

The promised improvements come more than three years after investigators stumbled across the storage terminal, between 101st and 103rd Streets, while taking a closer look at two nearby sites that stored dusty piles of lung-damaging petroleum coke along the Calumet River.

Since then neighborhood activists have urged federal, state and local authorities to crack down on local polluters with the same intensity that forced petcoke storage operators to eliminate their piles and change their handling practices.

“We cannot wait any longer,” representatives from a coalition of neighborhood and health groups wrote in a Dec. 19 letter to Emanuel, citing an urgent need to protect children in light of the UIC manganese study.

The UIC researchers have not published their results. But they have told neighborhood groups that their preliminary findings suggest children in the area have higher manganese levels than kids from other parts of the city, according to the letter.