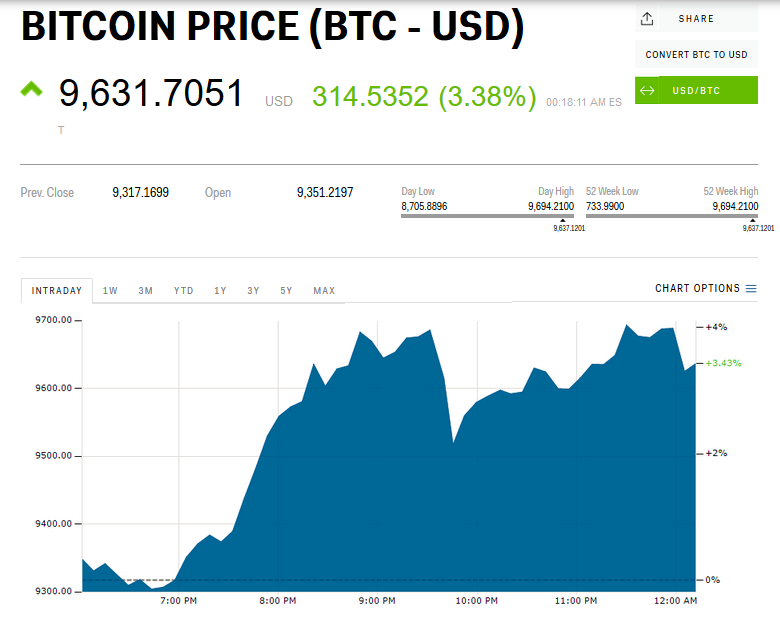 NEW YORK — The market for digital coins cracked $300 billion Sunday night for the first time ever as two of the largest cryptocurrencies eyed significant milestones.

According to data from CoinMarketCap, the market capitalization of the entire crypto-market stood at $303 billion by 12:30 a.m. ET. On Sunday, the two largest digital currencies on the market were flirting with big milestones of their own.

Bitcoin, the largest cryptocurrency with a market cap above $150 billion, was gunning for $10,000 Sunday. It reached an all-time high of $9,694 Sunday evening, according to data from Markets Insider.

Ethereum reached an all-time high of $485 Sunday evening, shy of the much-anticipated $500 mark.