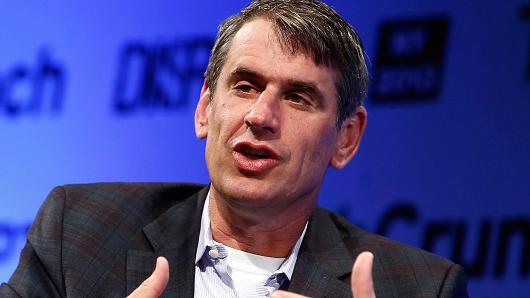 When it comes to Uber, venture capitalist Bill Gurley said he thinks he was on the right side of history.

Gurley is a general partner at Benchmark, a major investor in Uber, and a leader of Uber’s thunderous workplace culture investigation — which led to the exit of co-founder-CEO Travis Kalanick. Benchmark was embroiled in a lawsuit with Kalanick, who is still on the board.

“We reached a point where we felt like the entire company and all its constituencies — drivers, riders, employees, shareholders — were at risk if the company continued to move in the direction it was,” Gurley told CNBC’s “Squawk Alley” on Friday. “We took action that was not easy to take. We’ve suffered some brand hits as a result, but we felt like we were on the right side of history.”

Not everyone agrees. A small shareholder group has demanded that Benchmark exit Uber altogether.

“The two questions we get most often are ‘How could you possibly have done this?’ and ‘Why didn’t you do this sooner?’ and obviously those two are in dark contrast with one another,” Gurley said.

After the conclusion of the internal investigation, which started with sexual harassment investigations and discovered other employee misconduct, Gurley left the board, replaced by Benchmark partner Matt Cohler. But Gurley said Uber’s board is now all on board with an investment from Japanese giant SoftBank.

“2017 has been a very difficult year, and it’s been one where we’ve been working quite diligently behind the scenes,” Gurley said. “We’ve received immense positive feedback from the shareholders.”

Uber’s new CEO, Dara Khosrowshahi, has said he hopes it will go public by 2019. Gurley said that Khosrowshahi has also made an “impact” in negotiations with regulators in London and Brazil, and is a “super mature and sophisticated’ executive.

“I think today, if you ask anyone involved, ‘Are better off because of Dara’s leadership and where we’re going?’, I think they’d all say yes,” Gurley said.

Gurley, who at Benchmark has also invested in companies like Zillow and GrubHub, cut his teeth as a Wall Street analyst covering Amazon’s IPO, as well as companies like Microsoft and Dell. He has been outspoken about the state of venture capital on his widely read blog, “Above the Crowd,” where he advocated for rigorous vetting among start-up investors, and supported public accountability for technology companies.

Benchmark is also a big investor in retail start-up Stitch Fix, which went public on Friday. Stitch Fix shares spiked more than 20 percent as they started trading on Friday, despite the pared-back size of the IPO.

Gurley pointed out that Stitch Fix, unlike many recently public companies, has turned a profit before. He called for an end to the “silly notion” that large tech start-ups should stay private, comparing private start-ups to college football, rather than NFL.

“If you want to succeed, if you want to play at the next level, you have to step it up, and go there,” Gurley said.