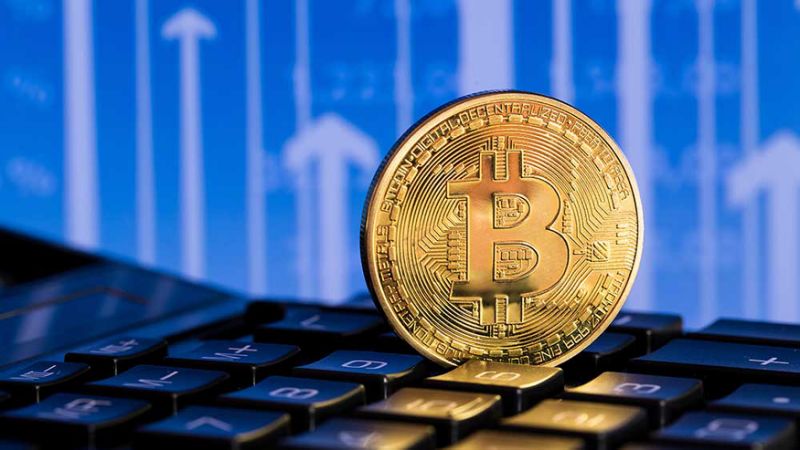 The chief economic adviser of Pimco’s parent company became the latest big voice in the financial world to cast doubt on bitcoin, a day after JPMorgan (JPM) CEO Jamie Dimon called bitcoin “a fraud.” XAutoplay: On | Off”It is a disruptive technology,” Mohamed El-Erian, chief economic adviser at Allianz, the German parent of the bond giant, told CNBC. “But the current pricing assumes massive adoption, and I don’t think that governments will allow the amount of adoption that is currently priced in.” He said the currency would likely live on as a peer-to-peer form of payment. Bitcoin had tumbled nearly 9% on Wednesday, retreating below $4,000, just weeks after it flirted with the $5,000 barrier amid predictions that the cryptocurrency could hit $6,000 by the middle of next year.

Bitcoin Investment Trust (GBTC), a bitcoin-tracking exchange traded fund, tumbled 18.6% to close at 566.00 in the stock market today, dropping below its 50-day average. It has plunged more than 40% from a high reached less than two weeks ago.

Bad news surrounding the turbulent cryptocurrency market has continued to pile up in recent days. Analysts have said that, as a younger market, public perception matters more for cryptocurrencies, and can account for wild price swings day to day.

China reportedly plans to shut down the trading of digital cash on domestic exchanges, although over-the-counter trading could be spared, according to recent reports. The nation will also reportedly crack down on initial coin offerings, or the raising of money via digital cash, which have become more popular.

Even as others in the mainstream financial world find it more difficult to ignore bitcoin, concerns have grown about the security and fraud risks that have been associated with cryptocurrencies and digital fundraising. The SEC in July said that securities law “may apply” to initial coin offerings.

IBD’S TAKE: As cryptocurrencies grow, they’ve become tougher to ignore by the financial industry’s old guard. Here’s what some Wall Street giants are doing in the digital currency space.

Also Tuesday, the messaging platform Kik Interactive launched its initial coin offering for Kin, the company’s digital currency. The company hopes Kin will become the foundation of a new digital economy that would exist within the Kik social network. The currency could also eventually trade on digital coin exchanges.

However, as the website Coindesk reported, the URL of a scam website purporting to be related to the Kin offering made the rounds on social media, bilking fundraisers out of thousands of dollars.

That came as JPMorgan’s Dimon launched a blistering attack on bitcoin Tuesday, when said he’d fire any trader dealing in the currency “in a second.”

“It’s worse than tulip bulbs,” he said of the cryptocurrency at the Barclays Global Financial Services Conference. “It won’t end well. Someone is going to get killed.”

At a separate conference on Tuesday, Dimon added: “Governments, the first thing they do, is form a currency. They like to control the currency. They control it through a central bank. They also like to know who has it, where it is, where it’s going.”

He said that governments look at digital currencies as “a novelty.” But he added that if one were in a nation hit by economic and political strife, like Venezuela or North Korea, they might be better off using bitcoin than that nation’s currency.