I think you probably know by now that I’m not a fan of the hype the floats around driverless cars. Don’t get me wrong, I love the tech behind them, and I am genuinely excited about the impact they could have on tomorrow’s cities. That’s why I wrote about research from MIT that showed that driverless cars might not need traffic lights. And why I highlighted work from Duke University that explored how driverless cars could best communicate with pedestrians.

But I am a natural-born skeptic. And as I pointed out in this article, many of the remaining questions this young industry faces have nothing to do with the tech at all. And in my book, I expressed concern that the benefits of driverless vehicles wouldn’t be felt until every car on the road is autonomous.

Well, on that point, I may just have been proven wrong!

Before we can understand why, we need to talk about why traffic jams form (and this bit features an excerpt from Science and the City) 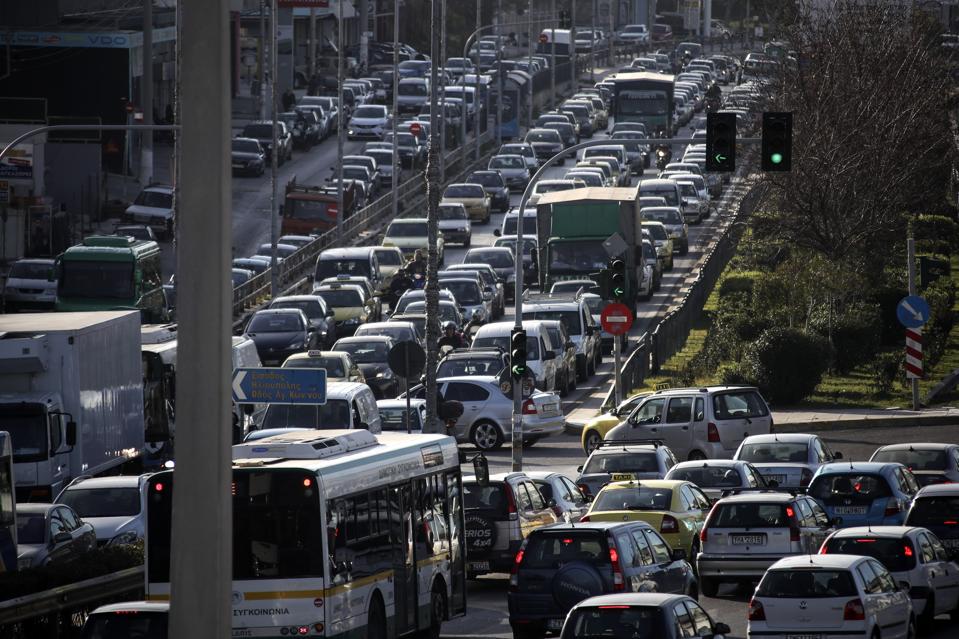 Could the addition of just a few autonomous vehicles make us all better drivers? (AP Photo/Yorgos Karahalis)

We’ve all been stuck in a horrible city-center traffic jam, and found ourselves wondering how hard it can actually be to manage traffic. Well, it turns out, it’s very difficult indeed, and it requires a lot of mathematics.

Most of the time, traffic congestion occurs when vehicular density exceeds a critical threshold – in other words, when there are too many cars on not enough road. Or occasionally, there might be an accident or roadworks are to blame. But you’ve probably also witnessed a so-called ‘phantom traffic jam’ too, where for no discernible reason, traffic builds up and then eases. A number of years ago, a group of Japanese physicists rented a closed circular track to investigate what would happen to traffic flow in the absence of a bottleneck. In the now famous experiment, twenty-two volunteers in different cars were instructed to get up to 30kph (just under 20mph) and maintain that speed at a safe distance from the car in front. Very quickly, the system broke down, with some cars at a standstill while others sped up.